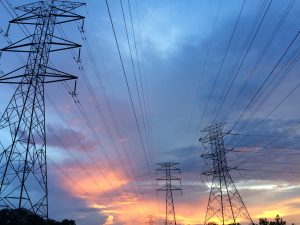 Now and then, being a professionally licensed electrical engineer helps me better understand the issues being debated in the national news. Such is the case today, where whole regions of the country are worried about summer blackouts.

Americans concerned about losing power during a heatwave, mostly live in deregulated electricity markets. This is because deregulation is designed to reward energy scarcity.

Understand, deregulated states are where the government entity known as the Public Utility Commission (PUC) is eliminated in favor of a non-governmental agency which creates a “just in time” energy marketplace, where – to a degree – electricity is traded like a commodity. Whereas, in a regulated market, the PUC mandates what electric utilities can charge for power and requires them to build enough capacity for even the most extreme weather events.

Of course, in states with a regulated electrical market, ratepayers have to pay for this ability to generate 365 days a year worth of electricity even when the excess supply isn’t needed. Utilities pass this amenity onto customers in the form of fees included in their power bills.

On the other hand, deregulated markets sprung to life by creating the promise of cheaper electricity. Deregulation eliminates the PUC and the “just in time” market is supposed to give ratepayers access to cheaper electricity through competition between power suppliers.

Consider what happened in Texas, during Winter Storm Uri, when massive energy shortages across a large part of the state resulted in Texans paying thousands of dollars for just a few days’ worth of electricity. Taxpayers in Texas are on the hook for billions of dollars of energy consumed during that brief cold snap.

In fact, according to the Wall Street Journal, Texans have actually paid $28 billion more for power since deregulation began about two decades ago.

Texans learned a harsh lesson during Winter Storm Uri, that power generators do not build out extra capacity for times of extreme weather. While this capability would help consumers during a crisis, if power generators build excess capacity, the oversupply would drive down prices during normal demand. In deregulated markets, power generators find it against their financial interests to spend millions of dollars on resources that devalue their current assets. Instead, during a weather crisis the generators enjoy windfall profits when power shortages and high demand cause electricty prices to shoot up.

This problem is exacerbated in Texas, because the state’s power grid is not connected to out of state grids. But in deregulated regions, where grids are connected, the issue of a lack of capacity can become problematic if the entire region is facing a heatwave or a cold snap.

Which brings me to my conclusion: from an engineering standpoint, if the purpose of the electrical grid is to ensure there is always enough power – even during extreme weather events – then a regulated marketplace makes more sense.

After all, in a regulated market, utilities make money by providing enough power no matter the weather conditions. But in a deregulated market, if a power generator lacks electricity during a heatwave or a cold spell, they reap record profits. 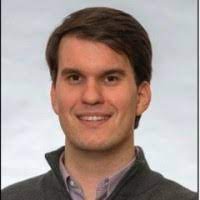 Written by Greg Domingue
Greg Domingue, MBA, is a licensed professional engineer, a former Siemens executive and currently in sales with a Louisiana based Siemens distributor.
Most Recent

Roberto Barragan
Taking Sides in the Economic War to Isolate...
Why Were Lumber Prices So High, But Now...
≡