The world has lined up to take sides in the Russian invasion of Ukraine and the bulk of the world is on the side of Ukraine’s fight to preserve their nation. It is instructive to examine how the countries and corporations are lining up. Sanctions and economic pressure can’t work if there are nations and corporations who refuse to participate.

The nations completely ignoring sanctions on Russia are the usual suspects like Belarus, China, and Cuba. With Belarus, the regime is fully supporting the invasion of Ukraine and even have allowed Russian troops to use the nation as a staging ground for operations in Ukraine. The Miami Heraldreported in February, “China is allied economically with Russia but has stayed silent on issuing support or condemnation for Russia’s invasion of Ukraine, according to the Council on Foreign Relations. However, it’s criticized sanctions that Europe and the U.S. have levied against Russia over the conflict.” Cuba even claimed that Russia was defending themselves and felt threatened by the United States. The nations supporting Russia are a handful of communist and Russia allied nations.

On the corporate side, most of the companies continuing to economically engage with Russia are hiding behind excuses while not explicitly supporting the Russian invasion. On March 23, 2022, Nestle announced, “As the war rages in Ukraine, our activities in Russia will focus on providing essential food, such as infant food and medical/hospital nutrition — not on making a profit. This approach is in line with our purpose and values. It upholds the principle of ensuring the basic right to food.”

This is at a time when Russia is mining Ukrainian ports to prevent wheat and corn from being exported to nations in need of food to prevent hunger. The AP reported on June 8, 2022, “Ukraine is one of the world’s largest exporters of wheat, corn and sunflower oil, but the war and a Russian blockade of its ports have halted much of that flow, endangering food supplies to many developing countries.” Russia has mined ports in Ukraine to prevent them from engaging in the same type of “providing essential food” to other nations in dire need of corn and wheat.

The European aerospace company Airbus has taken a different tact. They have successfully convinced European leaders to exempt titanium from sanctions to allow them to continue to import Russian extracted metal used to make Airbus aircraft and parts. Reuters reported on April 12, 2022, “Airbus urged Europe on Tuesday not to block imports of titanium from Russia, saying sanctions on the strategic metal would damage aerospace while barely hurting Russia’s economy.” This argument allows for big holes in sanctions that can lead to the failure of the strategy to cut off Russia from economic ties to the West.

One large tech company, Microsoft came around recently and announced that they were going to scale down operations in Russia. This speaks to the idea encapsulated in the LawFare blog published on June 4, 2020, that one of the contributing factors to a failure of sanctions is incrementalism. “Instead of deploying sanctions with overwhelming force, America usually ratchets up pressure gradually.” Surprisingly, that is not happening now, as the Biden Administration has been tough on Russia, deploying overwhelming sanctions that have been multilateral with strong cooperation from the European Union. On June 2, 2022, the Biden Administration announced even more sanctions in cooperation with 30 other nations with a goal of turning “Russia into a global financial pariah.” They cite over 1,000 US and multinational businesses that have led to a double-digit decline in Russian GDP this year alone.

There is not much the West can do to get nations aligned with Russia like Venezuela, Cuba, Belarus, and China in line, but there are tactics that can be used to pressure more companies to comply. One would be for the U.S. government to pledge that taxpayer dollars shall not flow to companies engaging with Russia. Airbus, for example, has sought defense contracts with the Pentagon and action by the Biden Administration to block Airbus would send a strong signal to other companies doing business in Russia that there are consequences to avoiding the goal of applying economic pressure on Russia to change behavior. 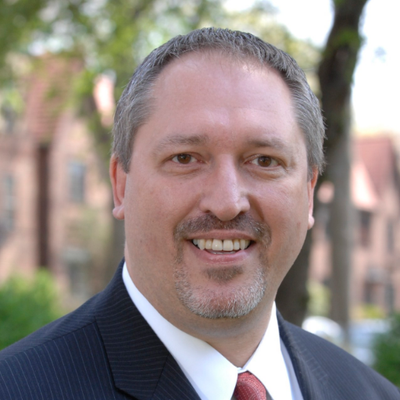 Written by Robert Hornak
Robert Hornak is a Republican campaign strategist. He previously served on the staff of the New York State Assembly Republican Leader and was the longtime president of the NYC Young Republican Club.
Most Recent