Americans have long possessed a special bond with the outdoors. None share that connection with our wildlife and natural places more than those who cherish it most – hunters, anglers, birders and other sportsmen and women who spend countless hours intimately experiencing everything nature has to offer. That’s what makes the North American Model of Wildlife Conservation the most successful wildlife conservation framework in the world.

This landmark conservation legislation would not have been possible without the strong support of the hunting community and the manufacturers of firearms and ammunition. The manufacturers pay an excise tax on firearms and ammunition while hunters support the manufacturers through purchase of their products.  Since its adoption, the law has generated more than $15 billion for wildlife conservation, including $1.1 billion in 2022 alone. Its success stems from the deeply rooted connection sportsmen and women share with nature, which is demonstrated not just by their willingness, but by their desire to contribute to the conservation of America’s wildlife. This creates an irreplaceable environment of collaboration and community where the entire hunting and shooting sports industry does their part to support conservation in partnership with the hunters and recreational shooters.

Pittman-Robertson funding is directed to state wildlife agencies and, in combination with hunting licenses and stamp sales, accounts for more than 80% of their annual budgets, on average. Without this reliable source of revenue, state agencies would simply be unable to support healthy populations of wildlife for everyone to enjoy in their own way.

To be certain, the Pittman-Robertson Act is solely funded by sportsmen and manufacturers, but the benefits extend far beyond the hunting and shooting communities. It’s referred to as the “user pays/public benefits” model. Put simply, hunters and recreational shooters pay much of the costs of wildlife management and conservation, and everyone benefits. The success of this model stems from the fact that manufacturers, sportsmen and women want to preserve, restore and expand our natural heritage, and they want to commit the resources necessary to do so.

As a result, wildlife habitat and access to natural places are available across the United States for hunters and non-hunters alike. Organizations like Ducks Unlimited work with our state agency partners to utilize Pittman-Robertson dollars to fund projects that manage and restore critical wildlife habitats that are almost always available for a wide variety of outdoor recreation, including hiking, birdwatching, biking, kayaking and much more. According to recent estimates, roughly 70% of people who use areas conserved by Pittman-Robertson dollars do so for purposes other than hunting. User pays, public benefits.

Far from being limited to protecting game species, the wildlife that benefit from this funding includes all species of birds and mammals. Revenue generated through Pittman-Robertson provides significant support for Ducks Unlimited’s wetlands conservation mission, and that has a big impact on far more than just waterfowl. Wetlands are widely considered the most biologically diverse of all ecosystems on the planet, supporting thousands of plant, animal and fish species. According to the U.S. Environmental Protection Agency, more than one-third of threatened and endangered species in the U.S. live only in wetlands, and nearly half use wetlands at some point in their lives. And wetlands offer numerous functions that greatly benefit our communities, such as improved water quality, coastal resiliency, flood mitigation, carbon sequestration, groundwater recharge and much more.

To further illustrate the success of the law, look no further than the Dingell-Johnson Sport Fish Restoration Act, which has replicated that same proven formula established by the Federal Aid in Wildlife Restoration Program and applied it to the restoration of fish species. Established in 1950, it taxes fishing and boating equipment and directs revenue to the Sport Fish Restoration and Boating Trust Fund, which is distributed to states and used for a similar type of conservation grant. In fiscal year 2022, over $399 million was distributed to states under this program.

The Pittman-Robertson Act is something that we, as Americans, should be immensely proud of – hunters certainly are. It’s a way for those most closely connected with the outdoors to give back in a meaningful and hugely impactful manner. It represents a foundational pillar of the North American Model of Wildlife Conservation. But that isn’t to say we can’t add new pillars to reinforce our existing and highly successful model.

That’s why Ducks Unlimited, the Audubon Society, the Nature Conservancy, the Association of Fish and Wildlife Agencies and countless other organizations are urging Congress to pass the Recovering America’s Wildlife Act (RAWA) this year. RAWA will build upon and expand our existing framework established by the Pittman-Robertson Act for the broad benefit of wildlife populations, healthy communities and thriving ecosystems.

Instead of tearing down one of the world’s most successful and cherished systems of wildlife conservation, we should build upon it. Sportsmen and women are incredibly passionate about conserving America’s wildlife. For 85 years, the Pittman-Robertson Act has succeeded in helping us recover wildlife species of greatest conservation need. Let’s use this proven model to embrace our outdoor heritage and implement new ideas, like RAWA, to ensure the next 85 years are even more successful. 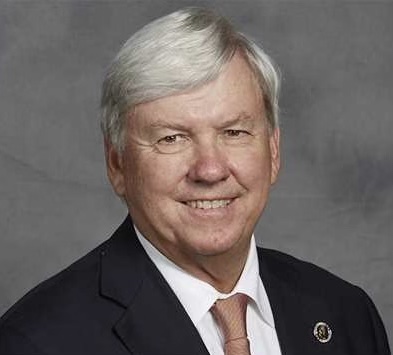 Written by Chuck Smith
Chuck Smith is President of Ducks Unlimited. Ducks Unlimited Inc. is the world's largest nonprofit organization dedicated to conserving North America's continually disappearing waterfowl habitats. Established in 1937, Ducks Unlimited has conserved more than 15 million acres thanks to contributions from more than a million supporters across the continent. Guided by science and dedicated to program efficiency, DU works toward the vision of wetlands sufficient to fill the skies with waterfowl today, tomorrow and forever. For more information on our work, visit www.ducks.org.
Most Recent