The world is watching intently as civil unrest in Iran — sparked by the brutal killing of a young Kurdish woman by the so-called morality police — is popping up all over the Islamic Republic. Free people everywhere hail the protesters for their courage and hope their demands are heeded.

Yet, the international community is also focused on Iran’s nuclear program, which has expanded greatly since the unraveling of President Barack Obama’s nuclear deal.  As a brief review, let’s think back to President Obama’s second term. Concern was increasing about the Iranian uranium enrichment program. Policymakers feared that they were enriching so much uranium and expanding their capacity so quickly, they would soon have enough highly enriched uranium to ‘turn a key’ and possess a completed bomb. The assumption was, and is, that sufficient bomb-grade material is the essential constraint to building a nuclear weapon.

According to the IAEA, Iran had already produced approximately 200 pounds of 20% enriched uranium by August 2012. That made Iran’s “breakout” time – the point at which it would have enough highly enriched uranium to build a bomb – perilously short. Alarm bells rang even louder because further enriching this stockpile from the 20% level to 90% weapons-grade actually represented a minimal technical effort. Something needed to be done.

Some called for the US and Israel to bomb Iran’s nuclear enrichment facilities. A quick and massive strike, they said, would take out enough of the Iranian program to set it back and keep it off line for several years. However, much of the program was already built deep inside mountains and underground, so militarily destroying it would be difficult, at best. Further, a new war, on top of military operations in Iraq and Afghanistan, would be a significant burden on America’s armed forces. And, much of the world would not accept a massive, unprovoked attack on Iran. The U.S. and Israel would be left operating alone, without allies.

The Obama Administration rejected the military option. President Obama believed the US could halt Iran’s dangerous nuclear program at the negotiating table. So, first, in secret, then in the open, the US began a sensitive and potentially fraught dialogue with the Iranians.

Standing with the four other permanent members of the UN Security Council plus Germany (P5+1), the US struck an interim deal with Iran in 2013. Under the Joint Plan of Action, Iran ceased enriching to 20 percent and diluted or converted its stockpile of that material to a less threatening form, increasing the breakout time. Two years of negotiations followed, culminating in the Joint Comprehensive Plan of Action (JCPOA) or what we sometimes call the “Iran Nuclear Deal.” The JCPOA put a 15-year cap on Iran’s stockpile at 300 kilograms of uranium hexafluoride gas enriched to 3.67 percent, well below the amount required for one nuclear weapon. Numbers and types of centrifuges were limited for a decade, as well.

Equally important, the JCPOA set up a comprehensive monitoring and surveillance program, under IAEA leadership and with U.S. support. The P5+1 partners were confident that the program would quickly spot any Iranian cheating, which, frankly, the partners expected.

Big picture, the JCPOA reset the breakout clock to one year. Many breathed a sigh of relief that Iran was no longer on the brink of having a nuclear weapon, while opponents pointed out that some limits in the JCPOA weren’t permanent, and it didn’t halt Iranian support for terrorist groups (which it was not designed to do). Either way, once implementation began, the US intelligence community (IC) reported annually to the Obama and Trump Administrations and the conclusions were clear: Iran was complying with the JCPOA. The IAEA echoed the IC’s determination.

But regardless of the fact that Iran was living up to the JCPOA’s requirements, former President Trump complained continually about the Deal. His Administration withdrew the US from the JCPOA in May 2018 and replaced it with a policy of “maximum pressure.” They slapped sanctions back on Iran and added more in the hope that Iran would cave under the pressure and accept a new deal with tighter restrictions.

History now shows that never happened. Rather than crack under the pressure, Iran dug in. Even worse, Trump’s plan backfired. Iran put virtually all of its legacy centrifuges back in service and added newer, more efficient ones, expanding the speed and capability of its enrichment infrastructure. Moreover, Iran scaled back its cooperation with the monitoring-surveillance program, reducing the P5+1 partners’ visibility into Iran’s activities.

Thus, only a few short years after Trump’s failed gambit, Iran has reached the once-feared breakout. The clock has ticked down to zero. Teheran has amassed enough 60% enriched uranium to produce a nuclear explosive within a matter of days or a few weeks. Worse, experts say it could fashion another bomb within a month by upping its 20% enriched uranium to weapons grade status. In other words, two bombs within a month. If there ever was a massive policy failure, this is it.

Stepping back from the politics and the corners into which the opposing sides have barricaded themselves, the choice now seems obvious: Get back into the deal. Push Iran back from the brink of possessing a small arsenal of nuclear weapons.

But, that’s not where many are coming down. The Israeli government, which harbors deep and legitimate concerns about Iran – a country which has threatened its very existence – likely will oppose a new agreement. Why? For lack of a better answer, Israel may still want the United States to take out the Iranian program by bombing it back into the stone age. While the Biden Administration pledges that it will not allow Iran to ever construct a nuclear weapon, the chance that they will conduct major military move are very low, and serious questions remain about ultimate success of a military strike.

Republicans, along with a few Democrats who opposed the original JCPOA, are likely to fight a renewed Iran Nuclear Deal, as well. But, they don’t control the White House and President Biden has been working with the Europeans to bring the original parties back into the deal or something closely approximating it.

It is certainly not easy to unwind all of the old and new sanctions Trump slapped on the Iranians. The penalties are now intertwined with US policy and law. Further, many intensified sanctions are related to Iranian support for terrorism and will not be lifted. Nevertheless, sanctions relief in exchange for limits on the Iranian nuclear program remains the goal. According to most news stories, the parties have narrowed differences and continue to negotiate, indicating that they still want some sort of deal. But a final agreement remains difficult to attain and, as time passes and Iran’s nuclear program continues to advance, its achievement seems further out of reach.

Still, if a deal is reached between Iran and the P5+1, we should keep the original goal squarely in mind – keeping Iran at least 12 months from breakout. Thus, anyone who opposes a renewed JCPOA will need to answer one basic question: “If you were profoundly concerned about a less than 12-month breakout clock before the JCPOA entered force, why are you willing to live with the current threat of Iran having enough enriched uranium to produce two bombs within one month?” Listen carefully to the answer from anyone opposed to an updated deal. Be sure that they explain why we couldn’t live with the threat before, but we can now. I, for one, will be. 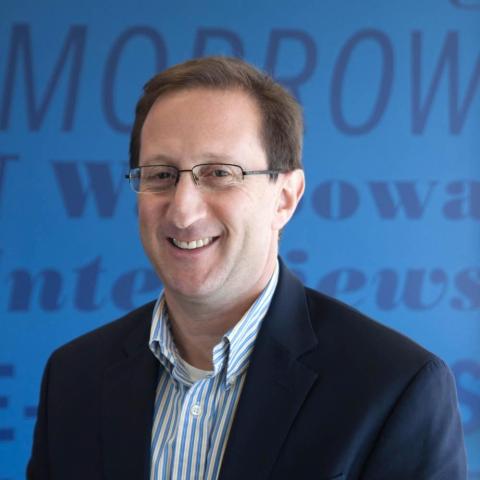 Written by Jason Steinbaum
Jason Steinbaum is Principal with The Chesterbrook Group and a Non-Resident Fellow with the German Marshall Fund of the United States. He worked on Capitol Hill for more than three decades, during which he served as Staff Director of the House Committee on Foreign Affairs and Washington Chief of Staff to Rep. Eliot L. Engel (D-NY). Mr. Steinbaum holds a JD and an MA in Law and International Affairs from The American University in Washington, DC and a BA from the University of Virginia. All opinions expressed on The Opinion Pages are his own.
Most Recent