In our country, most people care about justice and will speak out against something unfair.

This is why I think Virginians – and all Americans – should be aware of a current proposal to build a mega-landfill in Cumberland County, Virginia, which is about 60 miles west of Richmond.

The Virginia Department of Environmental Quality (DEQ) is considering a proposed project, known as the Green Ridge Landfill.

Why am I opposed to this mega-landfill, and why do I think people should be against the construction? Because it is a matter of environmental justice.

Indeed, the mega-landfill would put a landfill in a community that is a historically impoverished region – with nearly 20% of the residents living below the poverty line. In my view, this directly violates The Virginia Environmental Justice Act of 2020, which defined “Fair treatment” as “the equitable consideration of all people whereby no group of people bears a disproportionate share of any negative environmental consequence resulting from an industrial, governmental, or commercial operation, program, or policy.”

Is it a coincidence that Cumberland County also has a large Black population? A recent op-ed in the Richmond Times Dispatch noted that the planned site is in close proximity to a Virginia treasure and symbol of racial justice. From the Times Dispatch:

“In 1917, Booker T. Washington and philanthropist Julius Rosenwald set out to create schools that were designed to educate Black children, when no one else would take them in…One of those schools, Pine Grove Elementary School, is located in Cumberland County. And the owners of the Green Ridge mega-landfill are planning to build the site right across the street…”

It’s unconscionable to think about a historic elementary school built by civil rights icons that will now be directly across the street from a massive landfill. Sadly, the worst kind of irony.

In May 2020, Preservation Virginia included the Pine Grove School Community as one of Virginia’s most endangered historic places. The school has been recognized on the Virginia Landmark Register and National Register of Historic Places. Preservation Virginia’s site states that the history of the Pine Grove community centers around the school. Preservation Virginia put it best when it stated on their site that this rural community outside of Richmond is “under threat from a proposed 1,200-acre landfill that, if approved, will fundamentally change the historic character of this 100-year-old community and put residents at risk from major environmental hazards. The threat to the Pine Grove School Community is symbolic of the continual and systematic failure to adequately protect Virginia’s African American historic sites.”

A recent column in The Washington Post on the matter compared the situation to Flint, Michigan, where a Black community was poisoned by unsafe drinking water. As the Post piece pointed out, the proposed mega-landfill could also pollute Cumberland County’s drinking water.

Of course, the community needs jobs and tax revenue. But under the hollow promise of economic development, the Pine Grove School Community shouldn’t be forced to accept a polluting mega-landfill that could degrade their quality of life, health, environment, and drinking water. In the long run, the mega-landfill will not only harm the residents’ health and well-being, it will also irreparably damage the county’s historic site, property values, and ability to attract more desirable outside investment.

I urge my fellow Virginians to reach out to our state legislators and DEQ to voice their opposition to this misguided landfill proposal. Speaking out is the right thing to do. 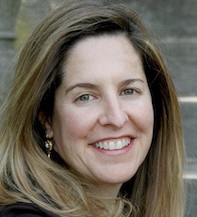 Shirin Nariman
Will Biden Matter in the Midterms? Maybe Not.
What Obama Means To Us Now
≡